Slaney Farms is committed to the local economy and, each year the company support local growers by sourcing locally grown produce for the Slaney Farms brand to shops, supermarkets and multiples across the country. The company has set a target to increase its sourcing of local suppliers of fruit and horticulture produce over the coming years, as well as employing additional local full-time and part-time staff. 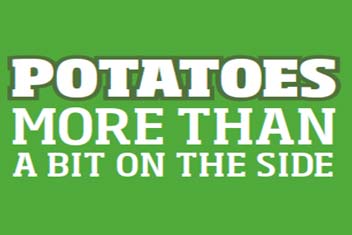 In support of consumer wellbeing, Slaney Farms actively promote the health and nutritional benefits of potatoes. We contribute to and support initiatives such an Bord Bia’s campaign ‘Potatoes – More Than a Bit on the Side’. The campaign is a European programme for the promotion of fresh potatoes across Great Britain and Ireland. Focusing on younger consumers and highlighting the fact that potatoes offer enormous potential within the world of modern cooking, with the added health and nutritional benefits that provide. There are loads of recipe ideas for tasty wholesome and exciting meals and snacks using the humble spud. Check out www.potato.ie for more.

Slaney Farms are also committed to the support of sporting, charity and community activities. Proud sponsors of the local GAA Club, the company also contribute to the development of young GAA Players at County Wexford level. 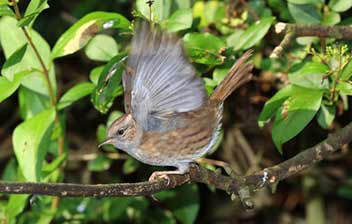 In the area of biodiversity, we are devoted to understanding our natural surroundings and have committed to initiatives such as hedgerow planting, bird cover and fallow grass, as well as the introduction of minimum tillage system. 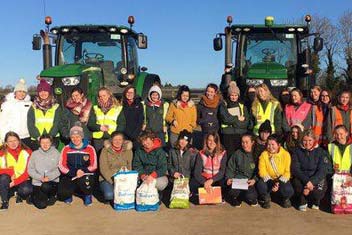 At Slaney Farms, while we are continually seeking to improve our processes and learn new methods to deliver better quality produce, we also engage with the local community and contribute to the younger generations understanding of what we do by welcoming educational trips from surrounding schools. Learn more about our Behind the Scenes Tours. 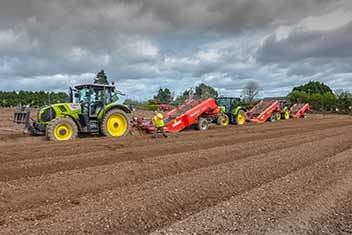 Crop rotation also plays an integral part of the programs used at Slaney Farms which have led to an increased yield on the farm through the growing of crops such as beans and oilseed rape. Crops such as these, improve soil structure through their rooting system and allows for the increased levels of nutrients to be left behind for the following crops. This in turn allows for the use of minimum tillage i.e. sowing a crop without inverting the soil. Minimum tillage saves both on fuel and labour costs for the business, and reduces the damage done to soil.

The min-till is appealing to Slaney Farms because it helps us look after the land and holds benefits for the environment, by:

Slaney Farms are delighted to work very closely with VITA, who are an innovative, next generation Irish developing agency working in Africa to reduce hunger and the impacts of climate change by enabling farm families to create sustainable livelihoods. In 2012 VITA launched the Irish Potato Coalition which involves all the key player in Ireland and abroad, including Teagasc and CIP, the international potato centre, as well as major Irish Potato Growers.

The vision of the Irish Potato Coalition is to create transformational change to improve the livelihoods, food and nutrition security and resilience of one million rural poor households in sub Saharan Africa. There are seven countries involved in the coalition – Ethiopia, Kenya, Uganda, Tanzania, Malawi, Mozambique and Eritrea and there are three key work streams.